Helena – Today, East Coast developer Matt Rosendale released an ad on guns in which hemistakes the Second Amendment with Article II of the Constitution.

Those are…not the same thing. Article II has to do with the power of the executive branch, not the right to keep and bear arms.

It’s another embarrassing gaffe for Rosendale, who has been caught lying about guns before. Rosendale earned a “Pants on Fire” rating from a nonpartisan fact checker for lying in his very first campaign interview about Sen. Jon Tester’s record on guns.

Rosendale’s falsehood was called an “absurd claim” and “flat wrong.”

The reaction from reporters has been less than flattering: 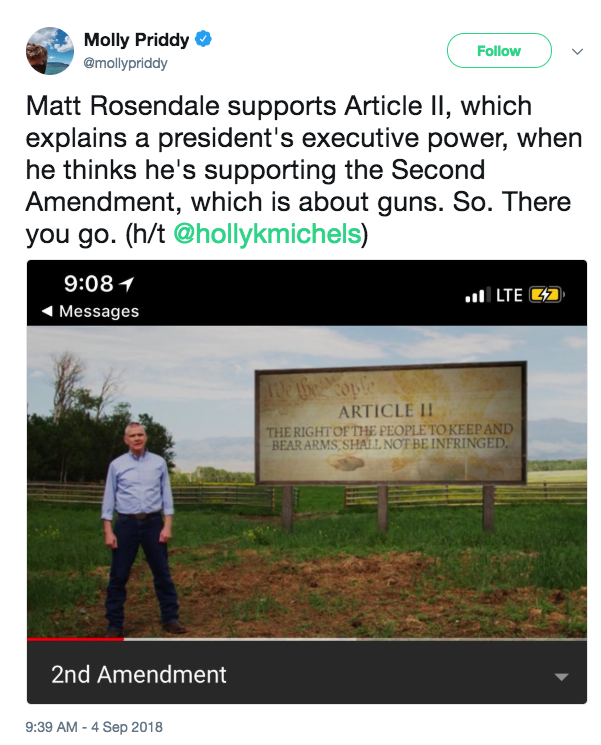 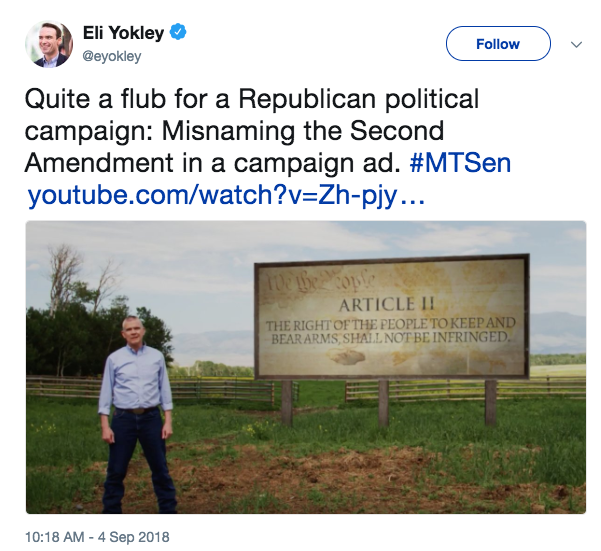 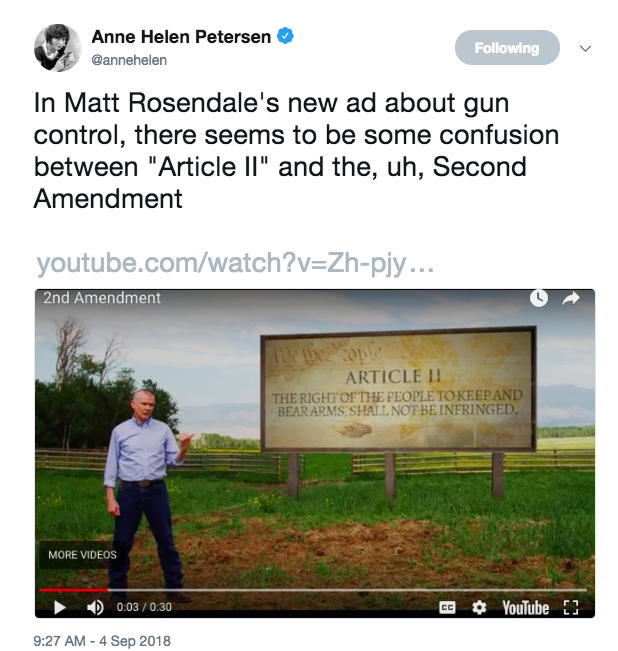 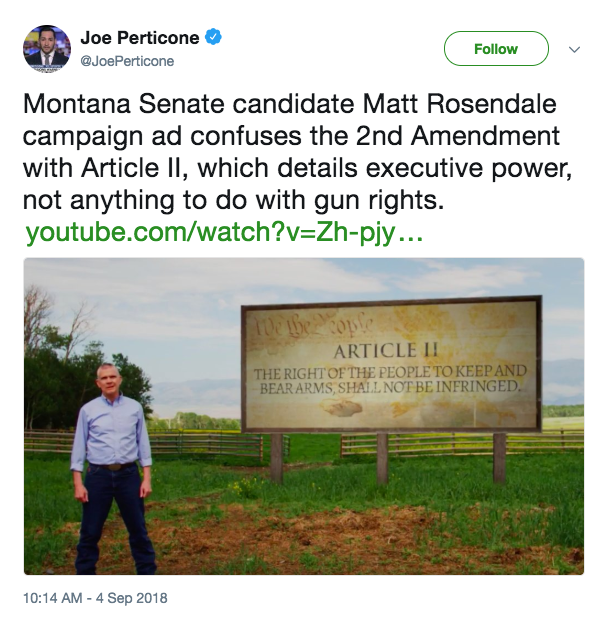 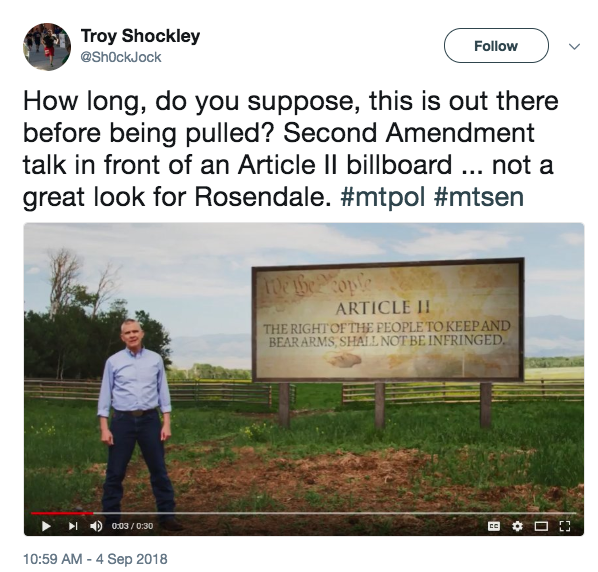 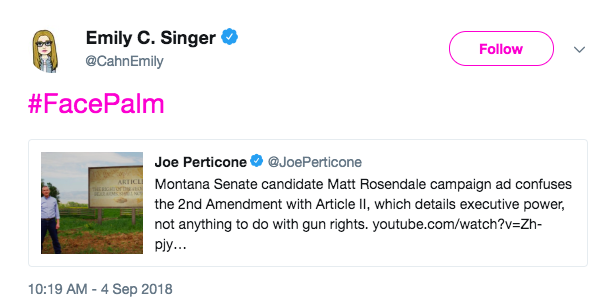 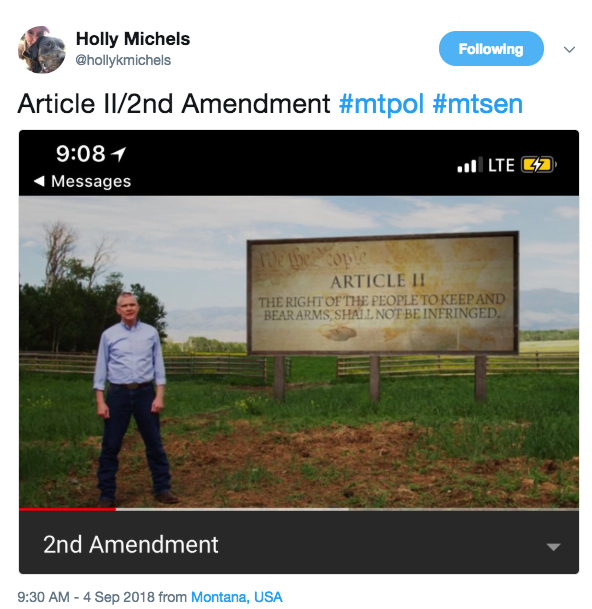 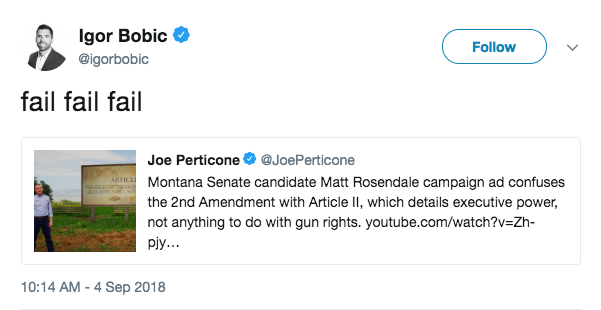 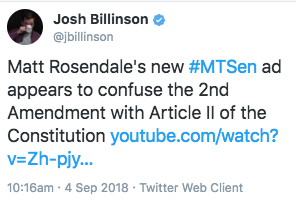