Helena – After East Coast developer Matt Rosendale was exposed for calling himself a rancher when he has never owned any cattle or ranched his own land – literally “all hat, no cattle” – he’s finally got himself a cow.

A cash cow, that is.

A new website launched by the Montana Democratic Party today shows how the State Frauditor cuts up his cash cow, made up of his dark money backers and out-of-state endorsers.

See how Rosendale cuts up his cash cow at https://www.rosendaleranch.com. 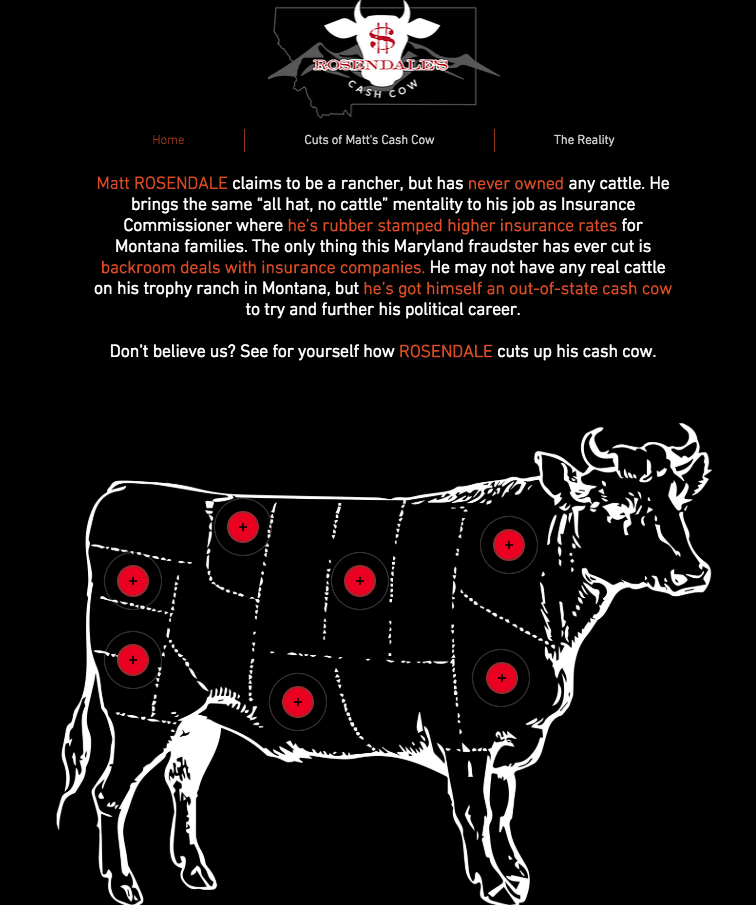 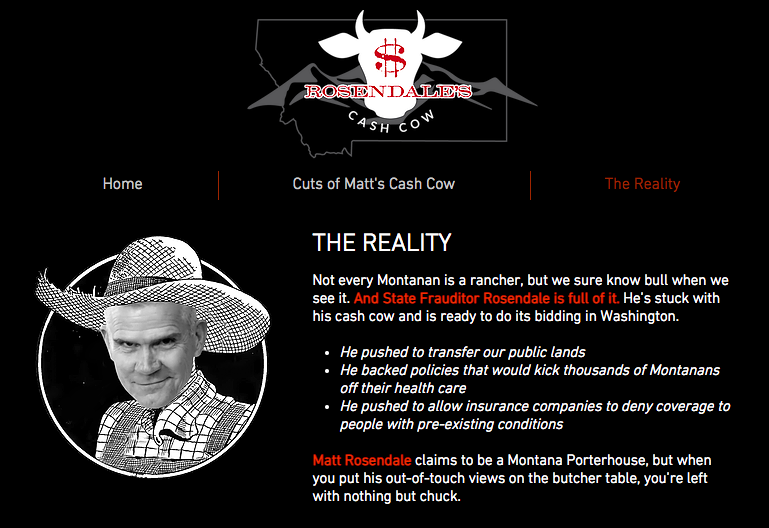 “Matt Rosendale plays dress up and pretends to be a rancher, all while relying on his out-of-state billionaire backers and super PACs funneling millions of dollars into Montana to try to buy him a seat to carry their agendas,” said Brooke Bainum, spokesperson for the Montana Democratic Party. “Rosendale’s multiple votes against transparency in campaign finance, his praise of Citizens United, and his cash cow full of out-of-state, special interest money shows us exactly what his real values are – and they’re not Montana values.”

Cuts of Rosendale’s cash cow include: