Missoula – Montanans gathered in Missoula today to hear from local leaders about the importance of investing in infrastructure and Senate candidate Matt Rosendale’s record of opposing key infrastructure funding.

Missoula Mayor John Engen criticized Rosendale’s record on infrastructure, an issue that, in Montana, is a part of everyday life and creates good-paying jobs – something Matt Rosendale failed to understand.

Rosendale was called out by City Councilwoman Gwen Jones for his votes against funding Montana’s much-needed infrastructure projects like a bipartisan bonding bill that would’ve funded infrastructure investments across the state, including nearly $30 million for a new facility for the College of Technology at the University of Montana. 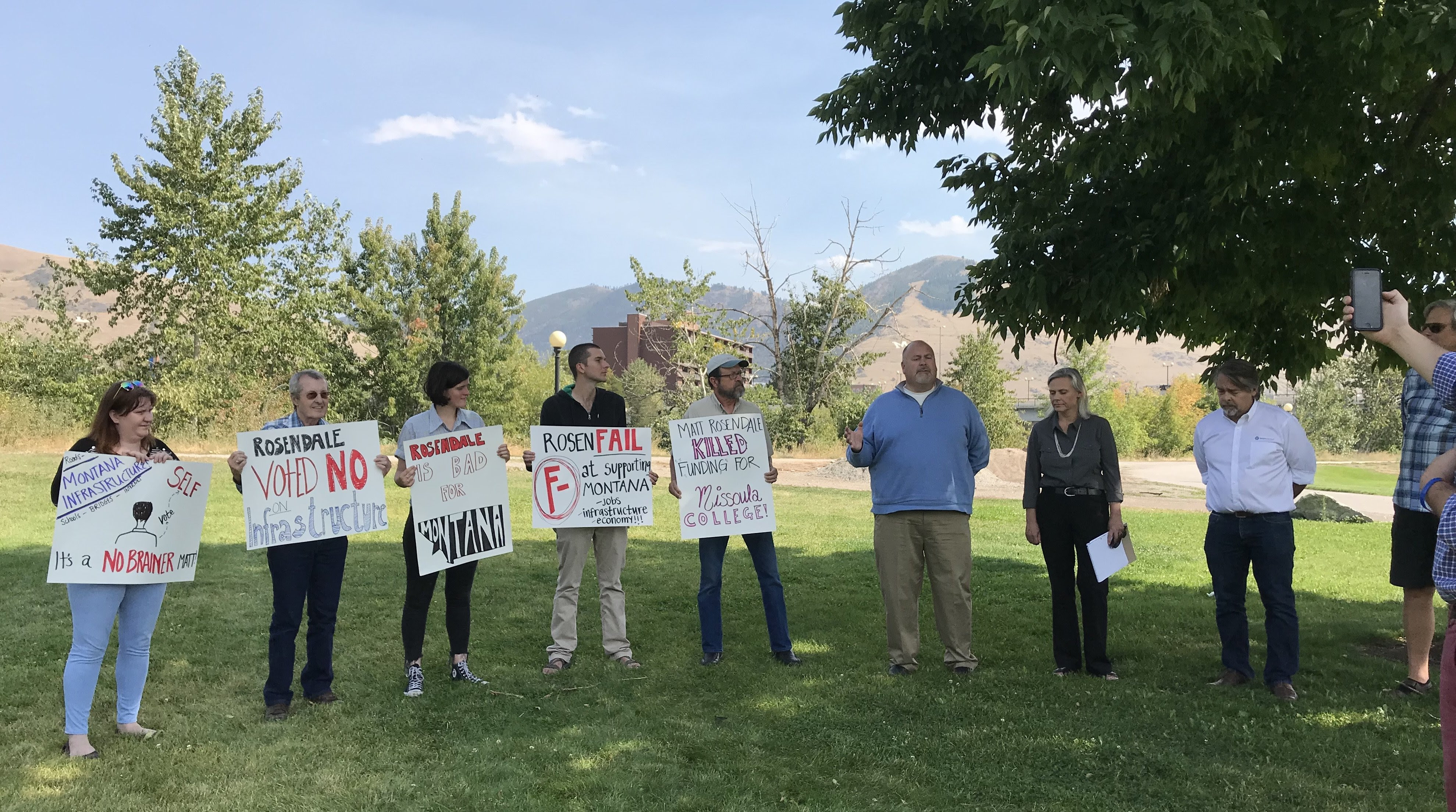 Rosendale’s poor record was contrasted with Sen. Jon Tester’s history of fighting to secure funding for critical infrastructure projects across Montana, including highway repair and improvements to rural wastewater infrastructure.

“We can’t elect someone who so blatantly ignores the voices of his constituents and refuses to invest even the bare minimum into our schools, our roads, and our infrastructure,” said Councilwoman Gwen Jones (Ward 3).“Rosendale doesn’t understand what Montanans need. But Jon Tester does—and we must re-elect Jon so that communities like Missoula have a voice in Washington.”

“Here in Montana, our communities rely on our network of roads and bridges to attract tourists, boost local economies, and to travel this vast state,” said Brent Campbell, president and CEO of WGM. “But it wouldn’t be possible without investing the necessary funding for our infrastructure projects. Jon Tester has shown leadership by working hard to make sure Montana’s infrastructure needs don’t get left behind. Montana businesses like mine need Jon in the Senate to keep fighting for us.”