“‘…this November, women have the choice between a champion of women’s health care in Jon Tester and a man who possesses an anti-choice record that threatens Montana women’s freedoms.’”

NBC Montana: “A group of Montana women and health care experts expressed concerns about what they think is at stake in the upcoming U.S. Senate race. They claim Senate candidate Matt Rosendale wants to limit women’s reproductive choices.” 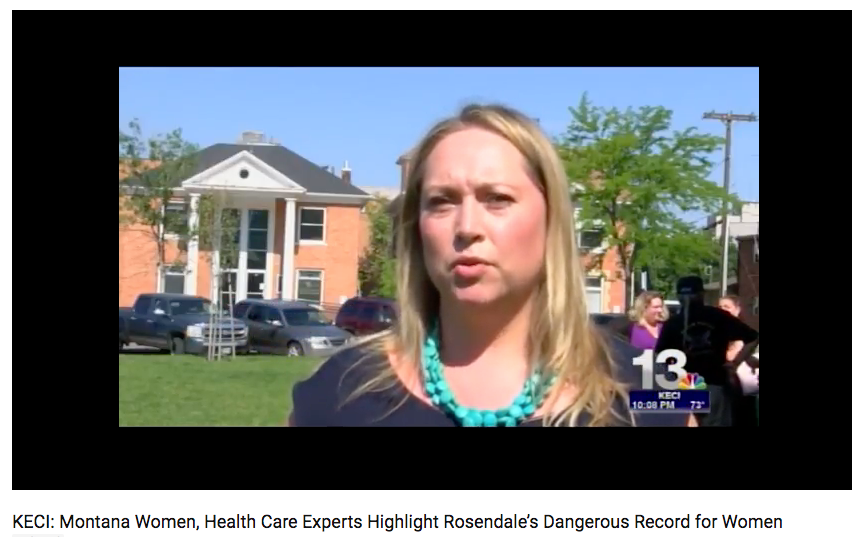 “A politician should not be getting in the way of making those personal choices.” —Stacie Anderson, City Council Member and Executive Director of Carol’s List
###