Helena – After Matt Rosendale was found out for signing under penalty of perjury that he was a Maryland resident to get a tax break, he accused a title company of deliberately altering the two separate tax documents that he signed.

This accusation came after Rosendale claimed that he had only signed the documents because there was a sticky note from his accountant next to lines affirming, under penalty of perjury, that he was a Maryland resident. 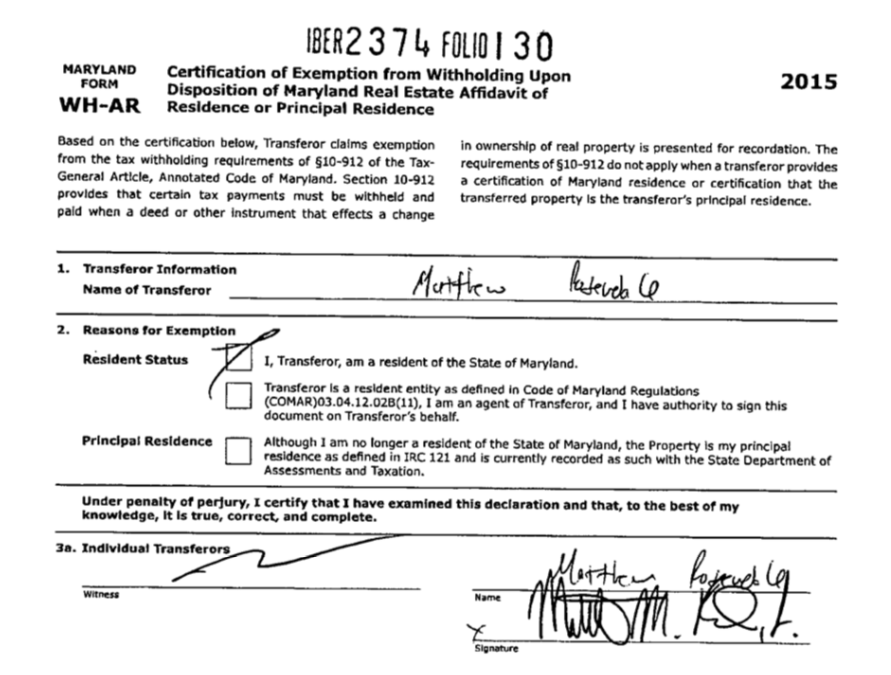 Rosendale also claimed the property was sold at a loss, but according to public records, it turns out Rosendale didn’t actually sell the property at a loss — instead, he made more than half a million dollars on it.
###